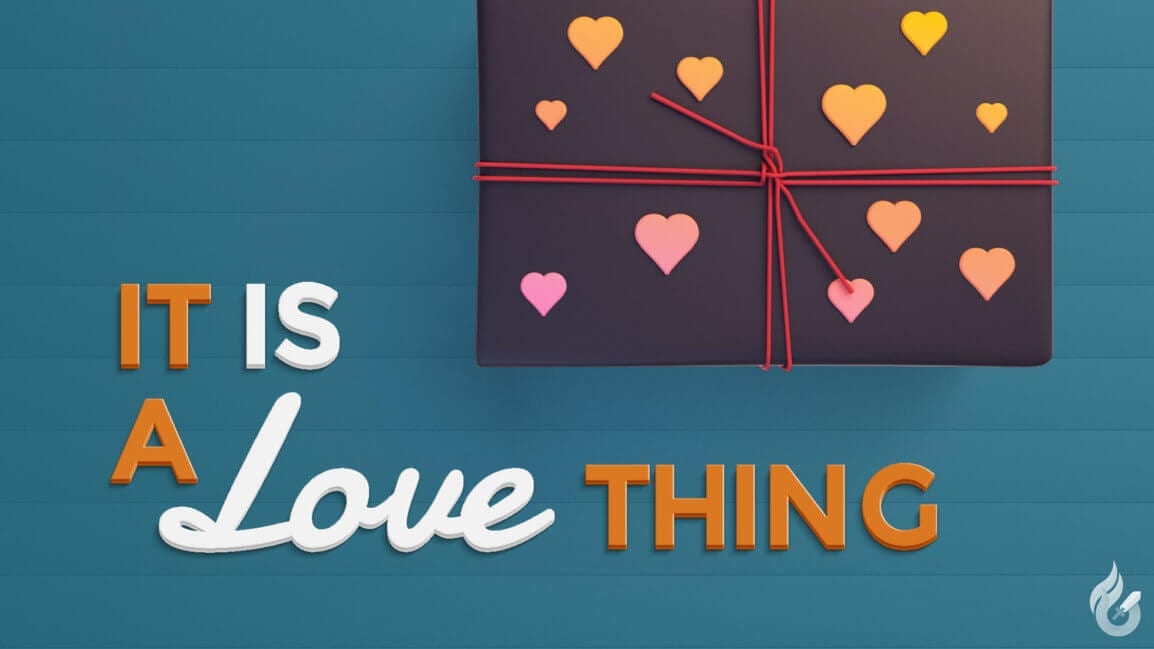 I have heard many times fellow Christians grumbling about sermons that focus more on God’s love than God’s wrath as being somewhat deceiving. The term I usually hear translated to English is that it’s akin to “warm water”. In fact, they prefer sermons that only talk about God’s judgment and the upcoming destruction of this sinful world. If the sermon makes no mention of God’s love, they hardly even notice.

It seemed like there was a great push earlier in my Christian days, to ensure that most sermons were of the fire and brimstone variety. I remember getting baptized around the age of 8 or 9 and I didn’t take that step lightly. I recall that anytime I felt convicted of a sin, I would attribute anything negative that happened to me afterwards (no matter how trivial) as God’s punishment. I had developed this idea that God took the time out of His day (of being God) to purposefully rain down punishments for my every mistake. Needless to say, this led to the appearance of many worry lines because as an adolescent it is hard to stay out of trouble.

This unhealthy fear of who God is and what He is about continued to flourish throughout my life. I had developed a perception of God not unlike the claim His accuser has been making since the beginning. I had a subconscious view of God as a tyrant who punishes His children for being unable to follow His law. I was a Christian out of fear of experiencing God’s wrath and in fear of losing God’s love. I was not a Christian who was faithful out of love, which leads to obedience.

In 32 years of being a Christian, I have listened to many sermons. I wasn’t diligent in studying the Word or my Sabbath School lessons as a teenager, so the majority of my knowledge came from the sermons on Sabbath. Not too long ago, I sat through one where the preacher was essentially explaining the way God would treat us once we were in heaven. The most sinful people would be unable to get too close to God, as opposed to those who had sinned the least. I kid you not this was for real. I will let you sit with that idea for a moment…

If I had been that once spiritually immature girl with a skewed perception of God, the image in my mind would be of a vindictive God. It would be as if despite the fact that God found you among the chosen few who kept His commandments, the times you violated them will still haunt you. A God who will not allow you direct access to Him because you offended Him so much He cannot even be near you in heaven. There are so many verses that come to mind that would prove that idea wrong, but among my favorite verses is the one found in Isaiah 55:8 where God tells us: “For your thoughts are not My thoughts, neither are your ways My ways, declares the Lord.”

The behavior the speaker attributed to God is behavior we as humans would engage in. In our finite minds, no matter how hard we try to understand God’s character and His grace, we never fully will. We can study as much as we want, but there are things we can never understand. One of those things is exactly how much God has to love us to allow His Son to suffer the death we deserved. We will never understand because without His help we can never come close to loving like that. When we lose sight of just how big God’s love is and how unlike us He is, we forget that we love Him because He loved us first. His character is one of love.

The entire Bible contains a story of this love. The sermon by Ivor Meyers entitled “A Love Story” sums it up in the best way I have ever heard it. Even in not saving those who choose not to accept Him, God is being a loving parent. They would not be happy with Him in heaven because they did not accept His love. Human love is fallible and God’s love is infallible. It does not change with the weather. My prayer is that everyone who hears about God’s love accepts it and can experience what it feels like to be loved so completely.

Melissa Bautista is the secretary at MyGen Church. She lives in her head a lot trying to devise a master plan to flood the world with God's love. Her journey has taught her that Christianity is not only personal, but should also be loving and forgiving above anything else. She is just trying to do her part to help bring souls back, keep souls from leaving, and bring new souls to the love of Christ. There are too many favorite verses to choose from, but when forced she chooses: " 'For My thoughts are not your thoughts, Nor are your ways My ways,' says the Lord." Isaiah 55:8. God shows us and offers His love, but we will never understand all of the why's so we should spread His love and let Him do the rest.